from the Sea Shepherd

being a full time activist. 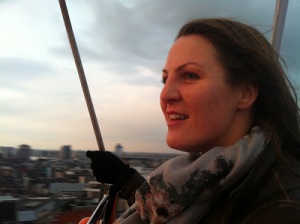 In 2010 Liberty Miller (32) was faced with the toughest decision of her life, choosing between keeping her photography career in Seattle USA, her home, her pets, and most importantly, her husband of seven years – or following her lifelong dream of fighting for animal rights. “In the end, I chose my dreams” Miller tells me as we sit down to calm her sea legs. Two years on and she has no regrets about giving up the ‘American dream’ to join The Sea Shepherd Conservation Society and dedicate her life to saving dolphins.

Miller tells me how “It started with an email from a friend who was in Taiji, Japan serving as a ‘Cove Guardian’ for Sea Shepherd at the infamous dolphin-hunting cove. The message was simple: “We could use a good photographer on the ground.” I asked my company to make an exception and grant me a week off. They refused, so I quit.”

“I left for Japan, and after one week at the cove, Sea Shepherd asked if I could spend three months as the new Cove Guardian Campaign Leader. I accepted without even discussing it with my husband”. Miller says  it was in that moment that everything became clear “I would sacrifice whatever it took to stay with those dolphins and fight for their lives”.

When Miller left for Japan she never imagined it would be as horrific as it was;  “the vigils at the cove were heartbreaking, especially the sound of dolphins screaming as they were killed.” Furthermore Miller’s relationship with her husband was breaking down.  “The trauma was worsened by the fact that the one person who was always supposed to be there for me, my husband, did not understand what I was experiencing. I wanted desperately to share with him how painful it was to witness dolphins die”.

“I was exhausted from being constantly under attack and was overwhelmed by depression. But “I was also terrified of going home”. I knew my depression would worsen once I returned to my seemingly meaningless life, away from the people who had become so important to me.”

Miller only spoke to her husband twice while she was in Japan  and courageously tells how “less than one month after my return from Japan my husband and I filed divorce papers.”

While Miller was coming to terms with her new life as a photographic activist she got a call from Captain Paul Watson, the man in charge or The Sea Shepherd’s flagship, the Steve Irwin, who offered her every activists dream job – that of photographer and deck hand for the Blue Rage II campaign in the Mediterranean. She notes how “being surrounded by like-minded individuals who understood my love for the sea was the remedy I needed to deal with my loneliness.”

“Less than two years ago I was a wife, a home-owner and a full time photographer in Seattle”. Miller has no regrets and while she can hardly believe the changes that have occurred in the past two years and still finds thinking about her marriage ‘heart-wrenching’ . Yet even though she lost family, I gained a new one.”

The Sea Shepherd is docked in Williamstown, Melbourne

this weekend, restocking and giving the activists the

chance to eat a full meal and walk on firm ground. 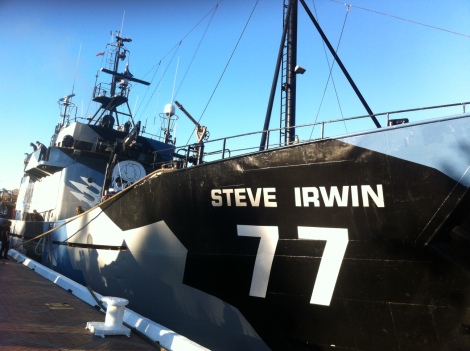 One response to “PROFILE- LIBBY MILLER”

BASED AT THE UNIVERSITY OF MELBOURNE, PARKVILLE, AUSTRALIA
theunfairfaxmachine@gmail.com
Will respond to emails at various times. Please mark as *important* for quick response.